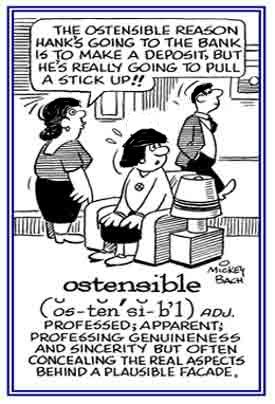 The Transfer of Property Act, 1882 was enacted to define and amend the different set of rules and intricacies pertaining to transfer of both movable and immovable property between two parties in order to exemplify the principles of equity, justice and good conscience.  In light of the same, section 5 of the Transfer of Property Act (TPA), 1882, defines Transfer of Property as an “act by which a living person conveys property, in present or in future to one or more living person or to himself and one or more other living persons”.[1]The living person herein also conveys juristic persons under its ambit. [2]It is essential herein to understand who is competent to transfer a property for which section 7 lays down two conditions that – the person should be competent to contract[3], and have title to the property or authority to transfer. [4] The well-established maxim Nemo Dat Quod Non Habet implies the principle of that no person can transfer to another a right or title greater than what he himself possesses. [5]Considering this principle, an ostensible owner becomes an exception to this principle. An ostensible owner can be defined as an apparent owner who is not the real owner but represents himself as the real owner before the public at large for transaction purposes. An ostensible owner is equipped with all the essential characteristics of an owner bearing his name on title deeds however, he cannot be ascertain as a real owner to a property as he never intends to own the property but it is the real owner who intends to purchase and enjoy all the rights over that property. The concept of ostensible owner is found under Section 41 of the TPA, 1882, wherein if the real owner entrusts one with the documents of property title, a third person who bonafide deals with that other person acquires a good title to the property as against the true owner. Such a transaction between that other person and third party is valid in the eyes of the law. [6]In India, the concept of ostensible ownership is popularly known as ‘Benamidar’, which means a person holding a property ‘without name’. [7]

BONAFIDE TRANSFEREE & DOCTRINE OF HOLDING OUT

A transferee from an ostensible owner is protected under sec 41 of the TPA, 1882. In Property Transactions, a Bona Fide Purchaser or Transferee is an innocent party who purchases a certain property for valid consideration without having knowledge of another person’s title to the property even after taking due diligence or reasonable care. Sec 41 works as a right available to such bonafide transferee whereby the real owner, through his express or implied consent, establishes an ostensible ownership cannot be allowed to claim his real ownership to defeat the rights of a bona fide purchaser who acted in good faith and despite reasonable care could not discover such real ownership. [8]

The Doctrine of Holding Out is the underlying principle established under Section 41 of the TPA, 1882. Section 41 protects the bona fide transferee from an ostensible ownership by applying the doctrine of holding out which is recognized under section 28 of the Indian Partnership Act, 1932.[9] For instance, X owns a property but Y is allowed by X to appear as owner in the eyes of the public by bearing the name of X in all property related transaction documents. If suppose Y sells the property to a bona fide purchaser Z who with all due care finds Y to be the owner, and Y goes to X stating that Z has paid advance of 5 lacs through cheque, if X happens to take that cheque to the bank to withdraw the money, X has impliedly given consent to such transfer of property. Thus in such case, X cannot recover the property from Z and Z being a bona fide purchaser, his rights are protected. This law was established in leading case of Ramcoomar Koondo v. Macqueen of the Privy Council, where it established that.–

It is a principle of natural equity to be considered universally that when one man allows another to hold himself out as the owner of an estate and a third person purchases it for value from the apparent owner in a belief that he is the real owner, the man who so allows the other to hold himself out shall not be permitted to recover upon the secret title”.[10]

The transfer of immovable property by an ostensible owner under sec 41 of the TPA is subjected to the provisions of the Benami Transactions (Prohibition) Act, 1988. During the early 1970’s and 80’s there was emergence of many transactions made by the underground group leaders by the arrangement of ostensible ownership and thus this act was enacted to curtail the same. The Act however provides for certain exceptions –