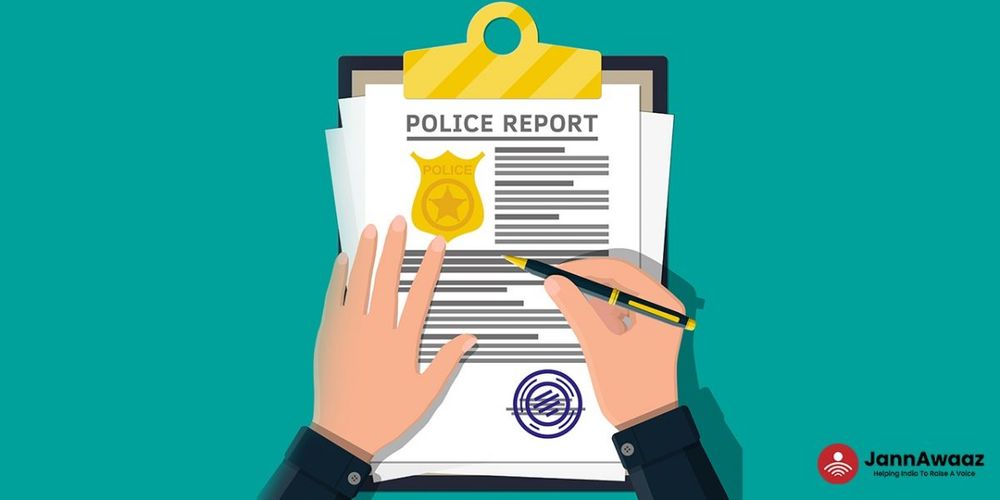 FIR is the first document prepared in criminal proceedings that places on record the victim's side of the story. FIR acts as a tool on which police authorities’ base and starts their investigations which makes it essential in a criminal proceedings. One must understand the legal perspectives attached to it. Section 154(1) of the Criminal Procedure Code (CrPC), 1973, makes it clear that an FIR can be registered in cognizable offenses only. Cognizable crimes are those offenses in which a police officer can arrest an accused without a warrant. Due to the nature of gravity involved in the offences, police authorities can arrest without a warrant under CrPC. The classification of cognizable and non-cognizable offences is furnished under the first schedule of CrPC.

History of FIR or Section 154 of CrPc:

The FIR is a historical oddity, for which the correct statutory basis, if any, is Section 157. When we go back to the 1861 and 1872 versions of the Code, the evolution seems focused on (i) record-keeping through entry into a diary, and (ii) ensuring the genuineness information by making informants sign on it. Nothing in these provisions, and even in Section 154, spoke about the investigative powers of the police. That, always, had been the prerogative of Section 157 and its predecessors.

Mandatory of filing of a FIR

The Apex Court in the case of Lalita Kumari v. Govt. of U.P. & Ors, opined that registration of a FIR should be mandatory and Preliminary Enquiry is not at all to be concerned. The court here in this case also observed that FIRs not registered is approximately equivalent to the number of FIRs actually registered. Keeping in view the NCRB figures that show that about 60 lakh cognizable offences were registered in India during the year 2012, the burking of crime may itself be in the range of about 60 lakh every year. Thus, it is seen that such a large number of FIRs are not registered every year, which is a clear violation of the rights of the victims of such a large number of crimes and thus it is mandatory for the police to register FIR. [1] A study conducted by the Indian Institute of Public Opinion, New Delhi regarding “Image of the Police in India” observed that over 50% of the respondents mention non- registration of complaints as a common practice in police stations. The Committee on Reforms of Criminal Justice System headed by Dr. Justice V.S. Malimath also noticed that even in cognizable cases quite often the Police officers do not entertain the complaint and send the complainant away saying that the offence is not cognizable. The Ministry of Home Affairs issued guidelines in 2013 making it mandatory and compulsory for the police to register a FIR without any delay caused. Since the legislative intent is to ensure that every cognizable offence is promptly investigated in accordance with law, hence there is no discretion or option left with the police to register or not to register an FIR once information of a cognizable offence has been provided.

Information is the first communication in any investigation process of a criminal case. Registration of FIR is a medium through which the state maintains a record of the commission of cognizable offences and take effective actions to curb the same. For instance, after the Criminal Amendment Act, 2013, registration of rape cases have risen since this amendment made registration of rape cases mandatory and a police officer refusing to register such information is liable to punishment. A bare reading of the language applied in sec.154 shows the mandatory nature of the provision. Sec.154 (1) of the CrPC, 1973, states that a FIR can be registered in cognizable offences, which are those offences in which a police officer can arrest an accused without a warrant. In 2013, the SC in its landmark judgment of Lalita Kumari v. the State of UP held that the registration of FIR is mandatory if the information discloses commission of a cognizable offense and no preliminary inquiry is permissible in such a situation. In Lallan Chaundhary v. State of Bihar, the SC held that sec.154 casts a statutory duty upon police officer to register the case, as disclosed in the complaint and then proceed with the investigation.

By making a small comparative study regarding the provision of mandatory reporting of cognizable offences to the police authorities, it is discovered that similar provision to that of First Information Report is also found in neighbouring countries like that of Pakistan, Bangladesh, including Myanmar. In United States, locals can report crimes through the medium of Internet and Telephonic Calls, and written report is not a mandatory condition. Different crimes in US have different ways of reporting the same thereby making it easier for people to communicate the same at the earliest possible way. In United Kingdom, the UK police has an official website regarding communication of crimes. Similar arrangements and measures can be taken up in India as well. It is equally important to take into consideration of the increasing fake FIR’s that are being registered lately. We find that under sec.203 of IPC and Bangladesh Penal Code provides for punishment up to 2 years and fines for reporting fake crime reports. But with the gravity of harm caused to the accused, it has become important to scrutinize the provision and add stricter punishments for the same.

Lalita Kumari v. Govt. of U.P. & Ors is one of the strongest precedent where the Supreme Court has made it mandatory and compulsory for the police station to register FIR if found that offences complained are of cognizable matter. The Supreme Court in the case of State of Haryana and Ors. v. Ch.. Bhajan Lal And Ors [2],stated that the police is obliged to file a FIR under the statute of CrPc. Such a stand was also taken in the case of Ramesh Kumari v. State of N.C.T of Delhi[3], where the court held that Section 154 of the Code is mandatory and the concerned officer is duty bound to register the case on the basis of such an information disclosing cognizable offence. In the case of State of Maharashtra & Ors v. Shiv das Singh Chavan and others[4], under the instruction of the CM, Buldhana district’s collector passed an order that no police station without committee permission cannot register FIR. The SC declared such an order to be an ultra vires order.

In case police officer refuses to register the FIR?

In the case of Prakash Singh v. Union of India, the Supreme Court stated that there shall be a Police Complaints Authority at the district level to look into complaints against police officers of and Deputy Superintendent of Police. Similarly, there should be another Police Complaints Authority at the State level to look into complaints against officers of the rank of Superintendent of Police and above. The district level Authority may be headed by a retired District Judge while the State level Authority may be headed by a retired Judge of the High Court/Supreme Court. The head of the State level Complaints Authority shall be chosen by the State Government; the head of the district level Complaints Authority may also be chosen out of a panel of names proposed by the Chief Justice or a Judge of the High Court nominated by him. [5]According to Section 154(3) of the CrPc, if the police refuse to register the FIR, the informant can send the substance of the information in writing by post to the Superintendent of Police concerned. If the Superintendent is satisfied that the information discloses the commission of a cognizable offense, can either commence the investigation into the offense himself or direct an officer subordinate to him to do so. Following are the remedies that are available for us if the police refuses to register the FIR -

· The guidelines published by Ministry of Home Affairs in 2013 states that Section 166 A of CrPc prescribes a penalty of imprisonment up to two years and also a fine for non-registration of a FIR for an offence described u/s 166 A.

· If even after submitting a complaint to Senior Police officials no FIR is lodged then the informant is legally entitled to file a complaint to the Judicial Magistrate/ Metropolitan Magistrate u/s 156(3) read with Section 190 of the criminal procedure thereby requesting the FIR to be registered by the police and commencing investigation into the matter.

· A Writ Petition in the respective High Court may be filed for the issuance of Writ of Mandamus against the defaulting Police officers, inter alia, to Register the FIR and directing him to show cause the reasons for him not lodging a FIR. In a civil matter, a contempt petition can be filed before the High Court against the officer who refused to lodge an FIR Hon’ble Supreme Court, recently, in Lalita Kumari case, has held that the Police must register FIR where the complaint discloses a cognizable offence.

For cognizable offenses, the police must register an FIR. In 2013, the Supreme Court in its judgment of Lalita Kumari v. the State of UP, held that registration of FIR is mandatory if the information discloses commission of a cognizable offense and no preliminary inquiry is permissible in such a situation If the information received does not disclose a cognizable offense but indicates the necessity for an inquiry, a preliminary inquiry may be conducted only to ascertain whether the cognizable offense is disclosed or not. Such exceptional cases are – Matrimonial disputes/ family disputes ( Preeti Gupta & anr v. State of Jharkhand & anr.), Commercial offences ( V.Y Jose & anr. v. State of Gujarat & anr.),  Medical negligence cases ( Jacob Mathew v. State of Punjab & Anr.), Corruption cases (Shashikant v. CBI), Cases where there is abnormal delay/laches over 3 months delay in reporting the matter without satisfactorily explaining the reasons for the delay (Superintendent of Police, CBI v. Tapan Kr Singh).