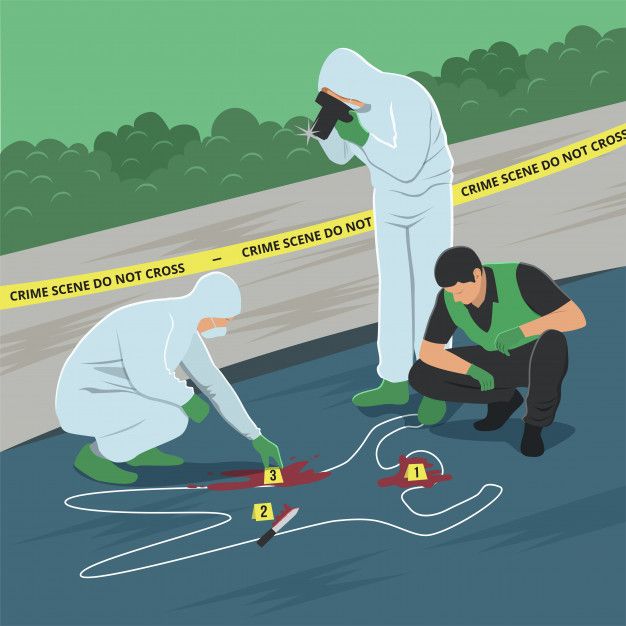 Section 299 and 300 of the Indian Penal Code define culpable homicide and murder respectively, which are two types of homicide. The term ‘homicide’ has been derived from Latin terms homi(human) and cido (cut) which together literally means the killing of a human being by another human being.  Section 299 of the Indian penal code reads, “Whoever causes death by doing an act with the intention of causing death, or with the intention of causing such bodily injury as is likely to cause death, or with the knowledge that he is likely by such act to cause death, commits the offence of culpable homicide. The essential ingredients of culpable homicide are:

Section 300 defines that culpable homicide is murder if the act by which the death is caused is done with the intention of causing death, or. – bodily injury as the offender knows to be likely to cause the death of the person to whom the harm is caused or, causing bodily injury to any person and the bodily injury intended is sufficient in the ordinary course to cause death or knows that the act is so imminently dangerous that in all circumstances it would cause death.  The essentials to constitute a murder are –

The difference between both culpable homicide and murder itself explains the statement that every murder is a culpable homicide but not every culpable homicide is murder. As stated above, murder is just an aggravated form of culpable homicide considered as the first degree of culpable homicide wherein culpable homicide takes some special characteristics and forms murder. The difference between culpable homicide and murder is underlying with the term of seriousness of intention. The degree of culpability in section 299 can be found in reading the word ‘likely’ which is used which denotes one probability that it may or may not cause death. It is an element, which highlights that there is an ambiguity as to whether that act of accused may or may not kill the person, is present. While, in the case of murder defined under section 300 of IPC, there is no such chance of ambiguity left on behalf of the accused; the accused is for sure that his act will definitely cause death. The degree of culpability is a major difference, when the degree of probability of death is high it falls under the ambit of murder and when the degree is less it falls under the ambit of culpable homicide. In order to assign an act under culpable homicide, it is essential to understand whether the act done by the accused has “caused” the death of another person. The relevant consideration for such verification is to see whether the death is caused as a direct result of the act committed by the accused. In Moti Singh v. State of UP (AIR 1964 SC 900), the court established that the connection between the primary cause and the death should not be too remote. There needs to have a proximate causal link between the two. R v. White is a prominent case read under this topic. In this case, Mr. White was accused of the murder of his mother. He had enmity with his mother. In order to kill her, he gradually started pouring poison into her food. One day she died. The post mortem report stated that the cause of the death was of heart attack, not poison, although strains of poison were found. Mr. White however, confessed that he had planned to kill his mother.  Hence is responsible for his mother’s death. The Court held that as there is a confession, he did not become the cause of his mother’s death but as he confessed, he can still behold for an attempt to commit murder.

The second major difference is that of Knowledge and Intention must not be confused or misinterpreted. The difference between the two came to be considered by the Supreme Court in the case of Basdev v. Pepsu, wherein the court differentiated that motive is something that prompts a man to form an intention. Knowledge is an awareness of the consequences of the act. In many cases, intention and knowledge merge into each other and mean the same thing more or less and intention can be presumed from knowledge. The demarcating line between knowledge and intention is thin, but it is not difficult to perceive that they connote different things. The existence of such an intention or not is a question of fact, the existence of one of the prime ingredients of Section 300 turns the crime into a murder where the exceptions to murder turn the crime into a Culpable homicide which does not amount to Murder. The exceptions under section 300 are Grave and sudden provocation, private defense, act of public servant, sudden fight and consent. The case of K.M. Nanavati v. the State of Maharashtra is a landmark case that is studied under the exception of sudden and grave provocation. The Supreme Court held that the accused after his wife confessed to her illicit relationship with the deceased, may have momentarily lost control. He had thereafter dropped his wife and children at a cinema, went to ship, collected the revolver, did official business, and drove his car to the office and later to the deceased house. There was sufficient time within those hours to regain his self-control and hence, the accused was convicted under section 300 of IPC. The case of R v. Govinda is a prominent landmark judgement read in order to understand the very crux of the difference between section 299 and section 300. According to the facts of the case, there was a quarrel between a husband and a wife in a fit of anger the husband knocked the wife. The wife became unconscious and the husband in order to wake the wife punched her with closed palms but unfortunately, the wife died because of internal bleeding in her brain. Herein, Melvil, J, held that the man was liable under Section 299 of IPC because clearly there was no intention to cause death and the act was not grave enough to cause death on the spot.