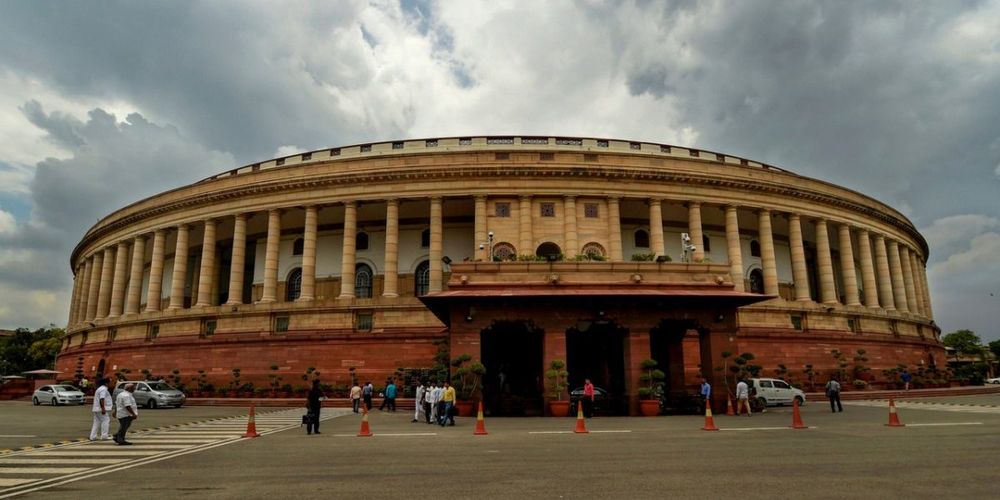 In India, the requirement for precise laws to fulfill the growing needs of a progressive Welfare State demanded a significant amount of delegated legislation. The delegation has several forms and has many distinct scopes in different statutes. Only a few statutes clearly state that rules must be published in the Official Gazette before they can be implemented. Some statutes stipulate that the regulations must be laid before Parliament or the legislature and that they are susceptible to change by the latter. It is a duty cum responsibility on the part of the legislature to see how its agents carry out the agency entrusted to it. Since it is the legislature which delegates legislative powers to the administration, it is primarily for it to supervise and control the actual exercise of this power and ensure against the danger of its objectionable, abusive, and unwarranted use by the Administration.

Memorandum on Delegation: The Subordinate Legislation Committees in both the Lok Sabha and the Rajya Sabha have repeatedly urged that every Bill introduced by a Minister that attempts to impose law-making power on that or any other person be referred to the Subordinate Legislation Committee. A Memorandum accompanying the Minister should bring special attention to this clause, explain why it is needed, how it would be exercised if it were granted, and state what safeguards would be in place to prevent misuse.

Laying procedure: The process of laying procedure comes into play as the second link in the chain of legislative control. In the case of Atlas Cycle Industries Ltd v. The state of Haryana, the Apex Court held that there are three different laying clauses that assumes different forms depending on the degree of control which the legislature may like to exercise, namely-

Laying Procedure and Judicial Review: Laying procedure has no impact on judicial review of the rules, or on the doctrine of ultra vires. When rules are required to be laid before the legislature, they continue to remain subject to the ultra vires doctrine. The laying of rules does not make them valid if they are ultra vires the statute under which they are made and does not prevent the courts from scrutinizing the rules. In Hukum Chand v. UOI, the SC held ruled that the laying requirement could not confer validity on such rules. The mere fact that a notification is to be laid before parliament makes no difference as regards the jurisdiction of the court to pronounce on its validity (Dai-ichi karkaria limited v. UOI). The reason that legislature does not probe into the question of the legality of the rules, the courts do so. The roles of the court and the legislature are different. While the legislature looks into the merits of the rules, or the policy underlying the rules in question, the court probes into the legality of whether the rules fall within the parameters of the enabling provision (Indian express v. UOI).

Parliamentary Committees: Each house has a committee on subordinate legislation. The need for such committees has been felt because of the fact that merely laying rules before a house would not be of much use unless some method is evolved to scrutinize the rules so laid. The house as a whole being pressed for time cannot exercise any effective supervision over delegated legislation itself. Also, individual members are not adequately equipped to carry on a scrutinous of the massive and complicated delegated legislation being turned out by the govt departments and some more organized efforts was necessary so that there might be some kind of automatic scrutiny of delegated legislation on behalf of the house. Generally, each committee is charged with the function of scrutinizing and reporting to the house whether the power to make regulations rules etc conferred by the constitution or delegated by the parliament has been properly exercised within such delegated powers conferred. More specifically, each committee is to scrutinize orders laid before the house and to consider the following in relation to each order:

Each of the Committees places its reports before the respective House. The Committee may also bring to the notice of the House any other matter relating to the rules which it thinks deserves the notice of the House. The Committee may report along with the grounds its view that rules may be annulled wholly or in part or amended in any respect. the way these are made. The Committees have evolved several propositions to improve rule-making by Government agencies and also to protect the interests of the individual. As a result of the Committee's suggestions, many improvements have been made in the rules as well as in the provisions regarding Parliamentary supervision. Some of the suggestions made by the Committees, and improvements made as a result thereof, are noted below:

The usual statutory formula in India stipulates that the rules be laid "as soon as may be" after they are made, but often the rules are laid after the lapse of a long time. Such a delay reduces the efficacy of Parliamentary control and, therefore, the Committees have emphasized that the Government should take the first opportunity of placing the rules before the Houses. From this point of view, the record of the departments has not been very good. The main reason for the delay in laying rules before the Houses is the directory nature of the laying formula and indifference on the part of the Ministries.

The Government of India commenced in 1960 the publication of various rules in a codified form under the title "Statutory Rules and Orders", but the process Register. had been quite slow. Publication of the rules (or delegated legislation) is regarded as an essential requirement for their validity in India. It is so even if the law is silent as to publication. This point was settled by the Supreme Court in Harla v. the State of Rajasthan. In the instant case, the law in question made by the Executive had remained buried in the Government archives without ever seeing the light of the day. There was no law at the time requiring publication when the law was made. Nevertheless, the Supreme Court held the law to be invalid. The Court emphasized that promulgation or publication of some reasonable sort is essential to bring a law into force as it would be against natural justice to punish people under a law of which they had no knowledge and of which they could not, even with the exercise of reasonable diligence, have acquired any knowledge. In BK Srinivasan v State of Karnataka, the SC held that publication of delegated legislation was required by the act and finding was that there was publication as required by the act, still, the court made a general observation in line with harlas case that publication in some form is necessary for making the delegated legislation effective.

Certain statutes specify the special modes of publications of the rules made under them. In the case of Govindlal Patel v. Agriculture produce market committee, under the relevant act the director of Agri committee would issue a notification to regulate the purchase and sale of agricultural produce in any area, and before issuing such a notification a draft notification had to be published in the official gazette and shall also be published in Gujarati in a newspaper having circulation in the area concerned. In the instant case,  the final notification has been published in the gazette but not in Gujarati in a newspaper. The court declared that the notification lacked legal validity. The court stated the following points:

A  modern democratic technique of controlling the exercise of the power of delegated legislation is "consultation of interests" affected by the proposed rule-making Public participation in, or what is also known as the democratization of, the rule-making process is regarded as a desirable safeguard, for it enables the interests affected to make their views known to the rule-making authority.

The rationale behind this technique is that legislation is primarily the function of the Legislature where various interests are represented. If a Legislature cannot itself legislate or scrutinize rules made by the Administration, there must at least be a provision for the affected interests to present their point of view to the concerned rulemaking authority. This is one way in which, to some extent, the objection to bureaucratic legislation may be minimized and improper use of rule-making power avoided. This process of exchange of ideas is beneficial to both: to the affected interests insofar as they have an opportunity to impress on the authority their point of view; to the rule-making authority insofar as it can gather necessary information about the issues involved and thus be in a better position to appreciate a particular situation make suitable rules to meet the same.

The consultative technique is useful in balancing individual interests and administrative exigency. Consultation ensures that delegated legislation is passed by the authority concerned with adequate knowledge of the problems involved and that the rule-making agency has before it all relevant materials so that it does not make decisions on insufficient information.

Making rules regarding the present-day complex problems involving economic, technical, and other difficult issues requires expert knowledge and adequate reliable data. This often needs to be collected by the administration sources, that is, from persons who are likely to be affected by the rules and who are able to grasp and assess their significance, effect, and practicability. Consultation with such interests by the rule-making authority ensures that the latter will be apprised of all facets of the problem sought to be dealt with by the rules; and that it would make necessary adjustments in the rules, before, rather than after, their promulgation outside

The consultative process dilutes the stigma against delegated legislation of being bureaucratic and non-representative (because of its non-discussion in Parliament) as the affected interests have a chance to have their say and affect administrative decisions. The consultative process can be a salutary safeguard against improper use of the power of delegated legislation as it infuses democratic norms in bureaucratic legislation. The process of consultation has been facilitated with the emergence of organized groups in the society who are in a position to give expert advice and reliable information to the Administration, and whose views the Administration can lightly ignore. Therefore, the technique of consultation is an inevitable consequence of the present-day rule-making process.