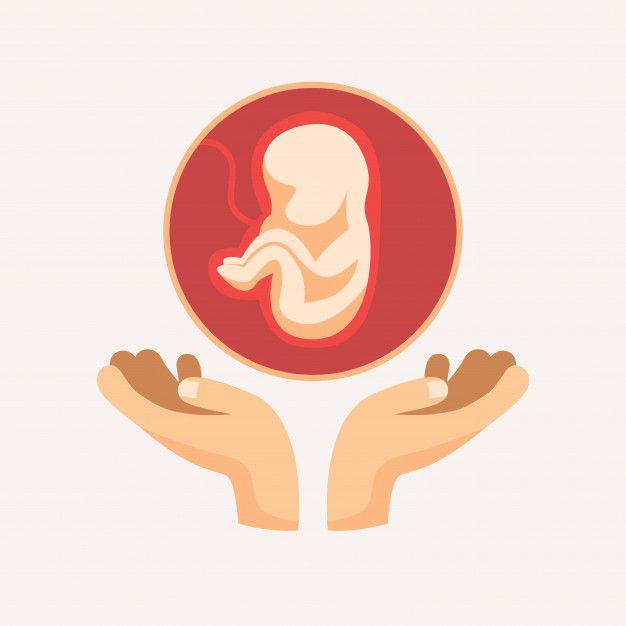 An Abortion is basically the end of a pregnancy by termination of the fetus before it is even brought outside of the uterus. An Abortion which occurs naturally or without any kind of medical or non-medical intervention is termed as Miscarriage or Spontaneous Abortion. When pre-planned and deliberate steps are taken to terminate a pregnancy, it is called an Induced Abortion. When we refer to abortion, we refer to induced abortion only. There exist different views around the world regarding the issue as well as different reasons in order to take induced abortion into consideration but the main reasons are societal and woman’s mental or physical condition. Religious, moral and cultural factors also play a major role in deciding the fate of the fetus and affect abortion laws worldwide. The right to life, The right to freedom, The right to safety, The right to reproductive health are the major concerns when it comes to Human Rights which further forms the stances on which existence or absence of abortion laws. When it comes to different jurisdictions when abortion is legal, there are a set of requirements which must be met by the expectant mother to receive a safe and legal abortion. This requirement is influenced by the age of the fetus, often using a trimester – based system to decide whether it would be considered legal or not, upon a doctor’s evaluation of the fetus’ viability. Some courts even require a waiting period before the process. Other jurisdictions just ban abortion completely. Many jurisdictions allow a legal abortion to take place under certain circumstances only. These circumstances vary depending on a particular jurisdiction, but may also include whether the pregnancy is the result of rape or incest, impaired fetal development, the woman's physical or mental well-being or the family’s social or economic problems make the child a burden.

Coming to the Indian Legal Framework, we have the Prohibition of Abortion Act, 1971- The Supreme Court in Indu Devi vs. The State of Bihar & Ors held that:

Abortion cannot be granted beyond the 20 weeks limitation where the continuation of the pregnancy does not pose any grave risk to the physical and mental health of the pregnant woman.

Furthermore, the IPC acknowledges that the embryo is entitled to legal protection and protection of the unborn child’s right to life even provides punishment to the woman for causing miscarriage of a child.

It is the state’s responsibility to work for the preservation of any and every life and this effectively includes a human organism that has not been born but however lives within the womb of the mother. Article 21 guarantees that no one can be deprived of his life or personal liberty except for procedure established by law. The Madras High Court in Queen Empress V Ademmia, noted that lexically and logically an unborn child is a person having life, which would mean that the state under Art. 21 has a duty to protect it. The life of each human being begins at conception and the unborn children have protectable interest in life, health and well-being. Denial of the right to life to human beings in utero is discrimination on the basis of age, size, ability, location, or dependency which is in violation of Art. 21 of the Constitution.

In Suchita Srivastava and Anr. Vs. Chandigarh Administration, it was stated that:

although women enjoy a reproductive choice when it comes to carrying a pregnancy, there is also a 'compelling state interest' in protecting the life of the prospective child. Therefore, the termination of a pregnancy is only permitted when the conditions specified in the applicable statute have been fulfilled.

The duty of the state to protect unborn life was derived from the Basic Law’s protection for life and for dignity: ‘Where human life exists, human dignity is present to it; it is not decisive that the bearer of this dignity himself be conscious of it and knows personally how to preserve it.’

In a mother’s womb the unborn child’s status is of ‘foetus’ which is defined under Section 4(bc) of the PCPNDT Act as:

“a human organism during the period of its development beginning on the fifty-seventh day following fertilization or creation (excluding any time in which its development has been suspended) and ending at the birth”.

This definition clearly indicates that a foetus is a human being. Black’s Law Dictionary defines a person as “A human being”, which signifies that a foetus is entitled to the protection guaranteed to a “person” under Art. 21.  Art. 6 of the ICCPRstates, “Every human being has the inherent Right to Life. This Right shall be protected by Law. No one shall be arbitrarily deprived of his Life.”

From a jurisprudential perspective, Aristotle’s Potentiality Principle states that embryos and foetuses are like persons as they possess all the attributes that they will have as full persons later in life. In Prakash & Ors v Arun Kumar Saini & Anr, the Court has held that an unborn child aged five months onwards in mother’s womb till its birth is treated as equal to a child in existence.

The Madras High Court in G. Krishnan v. G. Rajan quoted an article ‘Legal Protection for the Unborn Child’ in the following words:

Thus, although the foetus grows in the body of the woman, it cannot be equated to or considered to be a part of the body of the woman. In the case Moore V Wingfield, it is stated that in contemplation of law life begins as soon as an infant is able to stir in the mother’s womb, which is essentially by the beginning of second trimester itself. In Roe v. Wade, even though the court ruled that the state’s interest in the foetus becomes compelling only when it becomes viable, it was not ruled that life in a foetus begins only from the stage of its viability. In the case of Wallis v. Hodson, the Lord Chancellor stated:

"Both by the rules of common and civil law, the unborn child was, to all intents and purposes, a child, as much as if born in the father's life-time."

Moreover, there exist several legislations that recognize the foetus as legal person. The Code of Criminal Procedure, 1973 mandates the postponement of the capital sentences on a pregnant woman thereby indirectly recognizing the right to life of foetus. It is hence submitted that a foetus is a legal person entitled with the right to life.

Conclusion
Till now, we have understood that Law plays a vital role in decision making for an abortion. Due to strict laws and bans on abortion women face a lot of problems. Abortion has been prevalent since ancient times although the methods used at that time were much more harmful and uncertain and often led to the deaths of the mothers. Women were able to receive safe and sanitary abortions only if they had money. There were many movements organized by women’s bodies that marched and rallied against abortion that led to reforms being introduced in many parts of the world. Landmark cases like Roe vs. Wade did increase awareness among people of the society. There was no guarantee that abortions would be granted whenever women wanted them but still there was increased consciousness towards woman’s needs. Prohibition of Abortion Act 1971 was a very important act in India which dealt with the abortion laws of the country making abortion legal in certain cases if the foetus was less than 20 weeks old. The IPC recognizes a foetus as a legal entity that requires protection which makes it the states' responsibility to protect life. Article 21 of the Indian constitution also recognizes that a foetus is entitled to a right to life. Religions have varying views about abortion. Hinduism is against abortions as it believes in karma and killing a foetus would amount to bad karma. Judaism and Islam prohibit abortion but allow it in certain cases for example if there is threat to the woman’s life. Religion has lost some of its power in the decision making but still constitutes a major part in it. Even societal pressure which plays one of the most important roles in abortion decisions has reduced as awareness and consciousness towards woman’s needs has increased considerably.