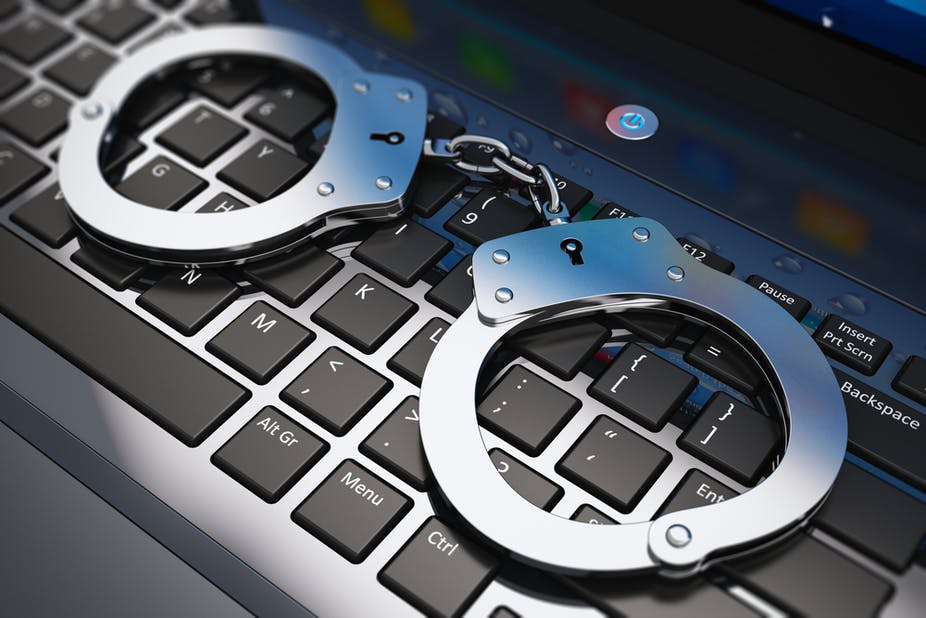 Suhas Katti v. Tamil Nadu, was the first case in India where a conviction was handed down in connection with the posting of obscene messages on the internet under the controversial section 67 of the Information Technology Act, 2000. The case was filed in  2004 and within a short span of about seven months from the filing of the FIR, the Chennai Cyber Crime Cell achieved the conviction .The Case of Suhas Katti is a notable case where the conviction was achieved successfully within 7 months from filing of the FIR. The efficient handling of the case which happened to be the first case of the Chennai Cyber Crime Cell going to trial deserves a special mention.

The accused originated an obscene message on 7.02.04 from Bombay at a browsing centre and went on to surf Yahoo Web Site and created an email in the name of Roselind (the victim) as “[email protected]”. He went into five different Sex Groups through Yahoo website (Radha lovers, Beautiful Tamil Actresses, Tamil girls showing their P***ai, Tamil **** Babes, and Tamil girls showing everything) and became a member. He started making obscene and defamatory messages about the victim as if she is soliciting sex work and gave her office phone numbers and residence phone number and her email ID- “[email protected]”. On seeing such messages in the Yahoo group, several people from different places made offending calls to the victim through phones and emails. The accused also started forwarding emails received in the fake account opened by him in the victim’s name. Again on 9.02.04, the accused posted another similar obscene message about the victim. After suffering defamation due to all such acts of the accused, victim filed a complaint against the accused. The police traced the accused that was the victim’s friend to Mumbai and was interested in marrying her. She married to another person, but that marriage ended in divorce and the accused started convincing her once again and her reluctance to marry him, he started harassing her through the internet. A Charge sheet was filed under section 67 of the IT Act 2000, 469 and 509 IPC against him.

The issues before the honorable court was –

Arguments on behalf of the Prosecution analyzed

It is evident from the facts of the case presented before the honorable court about the relationship between the accused and the victim. Before the marriage of the victim with her ex-husband Prajapathi, the accused wanted to marry her and after the victim secured divorce, the accused expressed his desire to marry the victim but she refused his marriage proposal. In order to seek revenge of her refusal, he took the medium of Internet to abuse her by making a false ID in her name, projecting to be soliciting sex-work.

Sec.67 of the IT Act, 2000 provides the punishment for the person who transmits obscene content on an electronic form. From the evidence submitted, it is evident that the accused intentionally published obscene content in the victim’s name. The posting of such messages resulted in annoying phone calls and emails to the victim in the belief that she was soliciting sex-work. Creating a fake ID in the victim’s name and transmitting obscene content over the Yahoo groups revealing her personal details was completely an offence under the said section. The accused misused the medium of Internet and took revenge on the victim and is liable to be punished under the said section. Sec.498 of IPC talks about the Forgery for purpose harming reputation. Whoever commits forgery, [intending that the document or electronic record forged] shall harm the repu­tation of any party, or knowing that it is likely to be used for that purpose, shall be punished. It is evident that the accused has chosen to post the obscene message for a reason that she refused to marry him. Unknown persons contacted her through phone and email and harmed her dignity which was very defamatory in nature resulting in harm in her reputation at her office and among her peer groups. The mental sufferings and humiliation undergone by the victim is irreversible.

Section 509 says that any person intending to insult the modesty of any woman through uttering any words, gesture, or exhibits any object intending that such gesture or words shall be seen by such woman intrudes upon the privacy of such woman, & shall be punished under this section. The accused posted such obscene messages over different sex groups through fake Yahoo ID in her name and tried to insult the modesty of the victim by portraying her as a call-girl which definitely became intruding for the victim’s privacy as he also shared her personal details for contacting. The documentary evidence under Sec 65B of the Evidence Act is sustainable before the court.  Counsel for the Accused contended that as per sec.65B, to make an output admissible in evidence, the certificate of the person having lawful control over the use of computer is essential and that evidence produced before the court is invalid. This section doesn’t not suggest that the certificate should be issued by an expert, it is enough if the person issuing the certificate stated that any matter covered by the certificate was to be of his best knowledge. The victim herself has taken out the computer output from her systems and speaks about them in her evidence.

Arguments on behalf of the Accused discussed

The documentary evidence was not sustainable under Section 65B of the Indian Evidence Act, 1872. Section 85B of the IEA states that only in the case of secured electronic record, the court shall presume that such records have not been altered. In the case of other electronic records section 65B insists for a certificate. The legislative wisdom itself accepts that electronic records can be altered and hence the certificate. The accused is neither liable under sec.469 nor 509 of the Indian Penal Code. The complainant has blocked the ID of the alleged accused so that she doesn’t receive messages from him, in the same document produced it is seen that the email ID of her ex-husband was also blocked. Question arises why she blocked his messages that too after blocking the ID of the accused. The prosecution has no answers to these questions. Such obscene messages can also be made by her ex-husband too.

The accused is not liable under Sec.67 of the IT Act, 2000. The offending mails are sent by the lady herself to implicate the accused as accused alleged to have refused her marriage proposal.  It is submitted from the evidence that the warning message and the blocking of E-mail ID of accused was done from the computer system installed at prosecution’s house and computer system installed at her office respectively. The Investigation Officer has failed to inspect the computer system at the residence and office nor took any precaution to establish the chain of custody required in computer forensics.

With the evidences and arguments proposed on behalf of the prosecution, and the witnesses produced, Ld. Additional Chief Metropolitan Magistrate, Egmore, delivered the judgment on 5-11-04 as follows - the accused was found guilty of offences under s.469, 509 IPC and under s.67 of the I.T. Act and the accused is convicted and is sentenced to undergo rigorous imprisonment for 2 years u/s 468 IPC and pay a fine of Rs-500/- and for offences u/s 509 IPC sentenced to undergo 1 year simple imprisonment and pay fine Rs-500/- and for offence u/s 67 of IT Act to undergo rigorous imprisonment for two years and pay fine of Rs-4000/-.

Internet has played a vital role in our lives in an unprecedented manner. State of Tamil Nadu v. Suhas Katti was the first case in India where a conviction was handled in connection with the posting of obscene messages on the Internet under sec.67 of the I.T. Act, 2000. Cases like Avnish Bajaj v. State[1], National Association Of Software v. Ajay Sood And Ors. [2] are some noteworthy cyber law cases in India. There is a heavy toll in the growing number of cybercrimes across India. The law enforcement agencies should be made aware about the various facets of cybercrimes and that there should be an effective redressal mechanism taking cognizance of such cyber crime activities effectively.

NB- The case of Suhas Katti vs. State of Tamil Nadu is not available in any of the online legal databases. If you wish to read the original scanned judgement of the case, kindly mail us : [email protected]